Shogi (将棋) is the Japanese version of an ancient Indian game that became Chess in Europe and xiangqi in China. In fact, Shogi is frequently referred to as Japanese chess in the English speaking world.

The most interesting difference between shogi and chess is that when opposing pieces are captured in shogi, they become loyal to the player that captured them. These captured pieces are then dropped back on the board to continue the game. 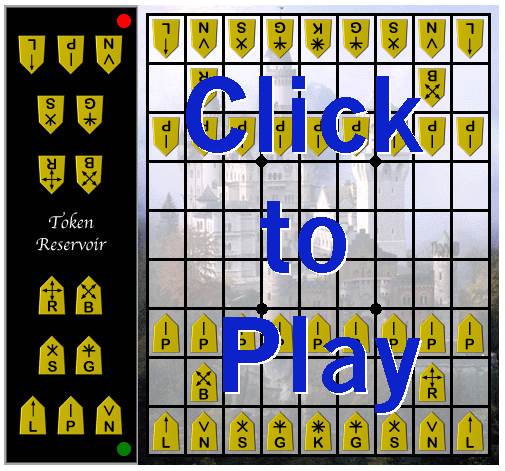 The latest project I’m working on is a multi-player, interactive novel called Mymud. It’s over at mymud.io. If you compare it to a traditional novel, it’s still in the planning stages. In software terms, it’s in an alpha state.

Still, … if you want to get a feel for what an interactive novel looks like, check out Mymud.

I’ve finished migrating my JapaneseChess dot Org site to it’s new server. If anything has been left in a broken state, please let me know. You can direct message me over at Twitter … @TGeneDavis

Now it’s time for me to get back to work on that beta of Tori Shogi!

You caught me in the middle of giving my shogi site a long needed server upgrade. I should already have the link for playing shogi back up and running. Also the kifu link and the tsume links should both be close to working. You might see something about Gene Davis Software on them, but they probably work.

For now, hop over to my current mirror at Gene Davis Software to get access to all the stuff normally found here. I’ll have this mess cleaned up shortly!